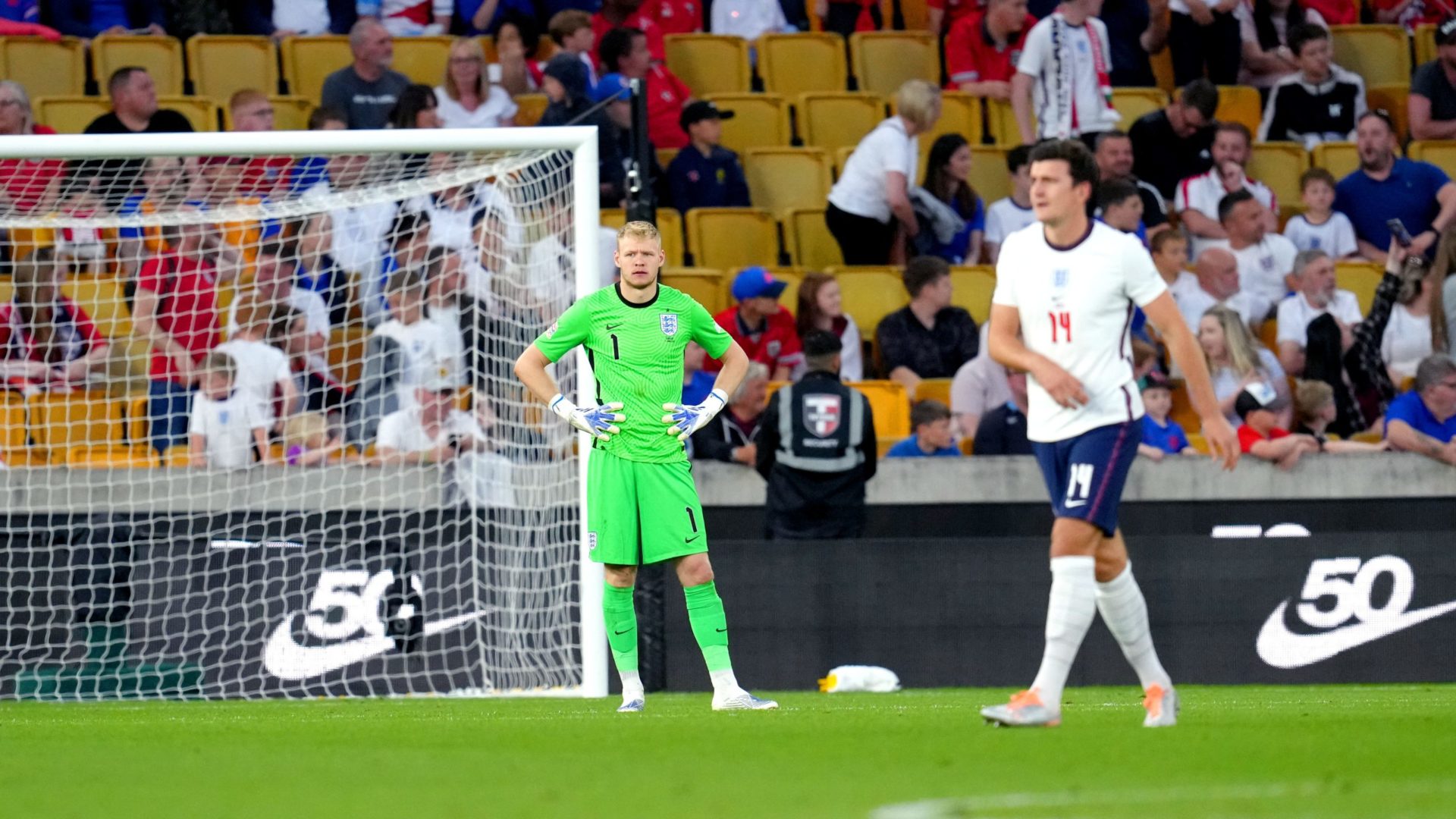 Former England midfielder Joe Cole called the Three Lions’ performance “shocking” as they slumped to a 4-0 home defeat to Hungary at Molineux.

England’s winless run in the Nations League continued as a ruthless Hungary side put them to the sword as Roland Sallai scored a brace, Zsolt Nagy fired in a fine effort, and Daniel Gazdag added a fourth after a controversial red card for John Stones.

Fans chanted ‘You don’t know what you’re doing’ at Gareth Southgate on a miserable night for England.

“It’s shocking,” Joe Cole said on Channel 4. “The performance tonight was shocking, the players weren’t at it.

“We have to accept that. There was no cohesion. The attitude was wrong from the start. They weren’t at it, it wasn’t aggressive.

“From the fans, I understand the reaction but we have to put some perspective on it. Gareth Southgate does know what he’s doing. He’s taken the team to two semi-finals, he’s the most successful manager since Alf Ramsey. That’s factual.

“Tonight was dreadful. They’ll get a dressing down and they’ll feel sorry for themselves but put some perspective on it.”

Eni Aluko said players were obviously tired after a long Premier League season, but said the result was unacceptable.

“There’s no excuse,” she said. “With all respect to Hungary we should never be losing 4-0 to Hungary.

“This is a team that reached the finals of a Euros and should be going to the World Cup and should be pushing to get to another final.

“There were some unacceptable individual performances. We talk about the tiredness of the team coming off a gruelling Premier League but there’s no excuse.

“Players are tired but you can’t accept that kind of result going into a World Cup if you want to try to win it.”

Ashley Cole, who has been working with England’s Under-21s, added: “Too many players were off it. With this group of players over the past two years, you’ve seen they’ve taken responsibility and they’ve taken it on the chin when they’ve not performed.

“That wasn’t the level or the standard that is expected so when they look in the mirror they’ll know they were way off it.

“Do that have a few excuses? Yes. They came up against a Hungary team who were very hungry and had desire. I don’t know when they last won here. 1963?

“It was a big occasion for them and I thought they played well, they were well organised and very disciplined and they made it hard for England.

“They had three or four guys off their game and they got punished.”

Ex-England defender Jamie Carragher believes Southgate is still the right man to be in charge.

The former Liverpool player tweeted: “‘You don’t know what you’re doing’ shut up you clowns.

“This manager has taken the country in two tournaments to the best positions since 1966.

“Southgate has overachieved albeit with favourable draws. Rest up boys & come back to your normal level.”

Former England defender Gary Neville felt the season should have ended by now.

He tweeted: “How is football still being played? Just doesn’t feel right in a non-tournament summer at all!

“Sympathy for the fans and for the players. This isn’t right. Players/Coaches will have to collectively come together to start to influence the programme to get that clear break.”