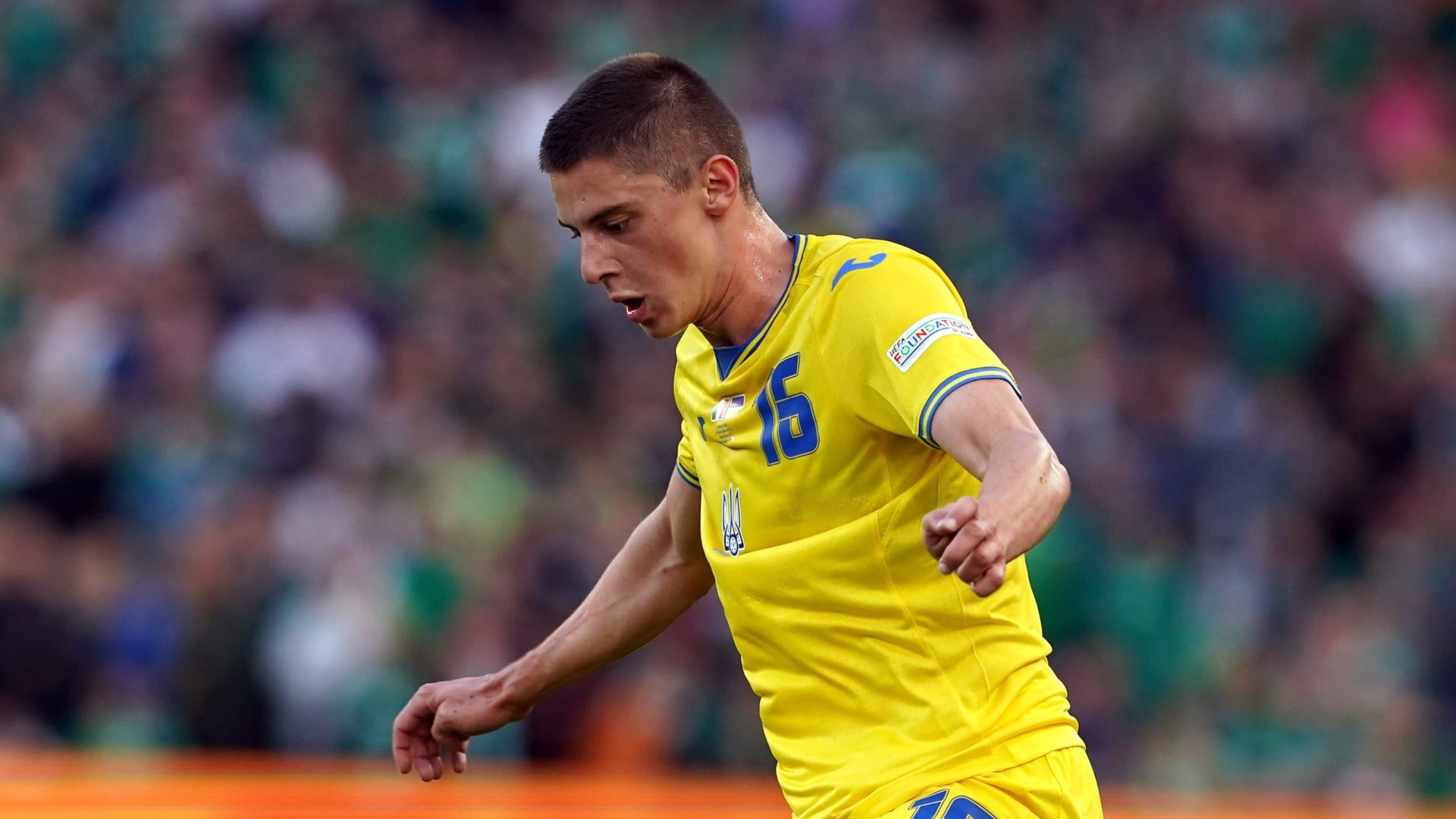 Vitaliy Mykolenko has admitted war in Ukraine has made him realise the problems he thought he had were unimportant.

The Everton defender is currently on international duty and is in line to face the Republic of Ireland in the Polish city of Lodz on Wednesday evening, his country’s fourth fixture in 11 days.

However, the aches and pains he has sustained during that run of games – as well as the disappointment of missing out on a trip to the World Cup finals following play-off defeat by Wales – after an ultimately successful battle against relegation from the Premier League pale into insignificance alongside the plight of his compatriots at home in the wake of Russia’s invasion.

Mykolenko said: “I am feeling really good now. If the team was playing in Ukraine, it would be much better.

“It wasn’t that difficult a time for me. Before the war, I thought that my problems were the biggest and now I realise they are small problems.

“When the war started, I would only think about my country and my team and do my best.”

Mykolenko, who joined the Toffees from Dynamo Kyiv in January, is in regular contact with his family back at home and it is a source of relief that they are currently safe.

“But I keep in touch with all of them and thank God they are safe now.”

Mykolenko is still settling into life on Merseyside, a process which has been made a little easier by Ireland skipper Seamus Coleman.

Speaking at his pre-match press conference at he LKS Stadium, the 23-year-old revealed the part the now-injured Coleman had played in making him feel at home during his early days in England.

Asked about the Irishman, he said: “I will tell a short history. On December 31, I met this person on the first day of training.

“New Year’s Eve is for all Ukrainians a really great celebration. I was alone in the hotel and he wrote to me a message, ‘I will always be there for you and if you need some help, just write me and I will be there’.

“For this whole five months, he has always helped me and was there for me. He is a great person and a great captain.”

Ukraine boss Oleksandr Petrakov has had to deal with a bug which has swept through the camp and also has doubts over Roman Yaremchuk and Eduard Sobol.