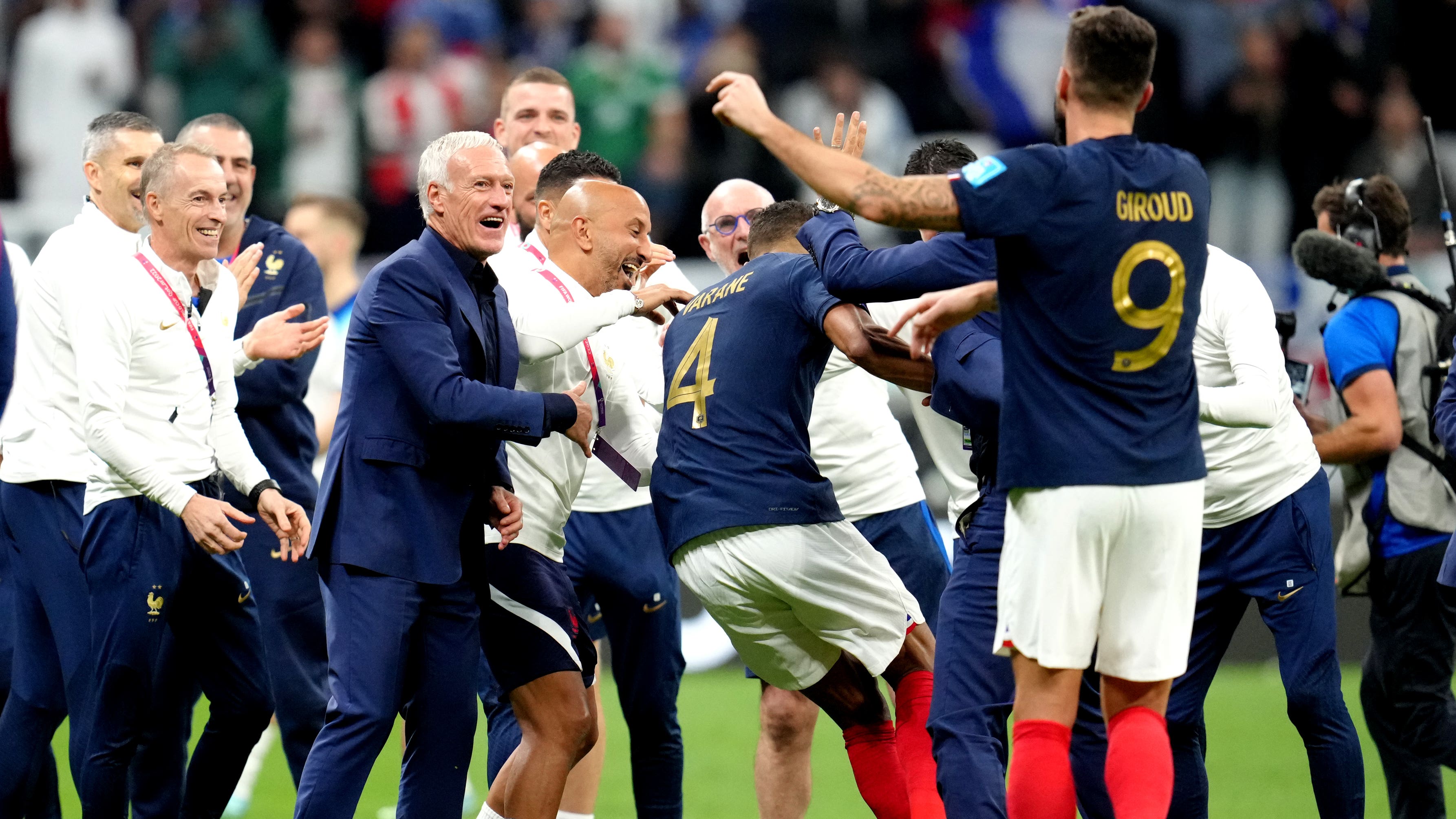 France boss Didier Deschamps admitted “you need a bit of luck sometimes” after the reigning champions edged past England to reach the World Cup semi-finals.

Four years on from lifting the trophy in Moscow, Les Bleus set-up a shot at a second straight final against surprise package Morocco on Wednesday evening.

France secured their return to Al Bayt Stadium for the semi-final after Harry Kane scored one penalty and missed another in a 2-1 victory against Gareth Southgate’s side.

Aurelien Tchouameni’s excellent strike was cancelled out by the England skipper, before Giroud scored his 53rd international goal and Kane blasted a late spot-kick over.

“England had a very good team,” France boss Deschamps said. “What they showed in terms of their technical ability, their intensity, even though we put up a good fight, was impressive.

“I regret the fact that we gave them a penalty and then gave them another penalty that they missed, but credit to my team as well. We also showed some very good things and we can still be dangerous.

“We have great quality and very impressive mental strength but, yes, we do have experience. But to a certain extent the English team has experience, too.

“They have some young players in their team, but they are players who play in some of the top clubs in Europe so we could see that they were a good team from the outset of this tournament.

“In these very important games it always comes down to very small details and luckily tonight it went our way and we did what we could to make sure that we went all the way and won the game. You need a bit of luck sometimes.”

Head coach Deschamps’ contract is due to expire after the World Cup in Qatar, where French Football Federation president Noel Le Graet had set the target of reaching the semi-finals.

The 54-year-old has been charge of Les Bleus since 2012 and was non-committal on his future as attention turns to Morocco.

“Well, I’ll be manager for the semi-final, that much you know, and then after that we’ll see,” Deschamps said. “That’s all.

“I don’t know everything in advance of course but we’ll tackle that problem when it comes.

“It is great to achieve what the president asked me to achieve and great for me to know that he’s happy with that but I’m sure there are a lot of other people happy and delighted as well.

“So, let us savour this victory. Just four years after our last victory at the World cup, we are now in the last four and let’s focus on Wednesday’s match. I am not really thinking about anything else at the moment.”