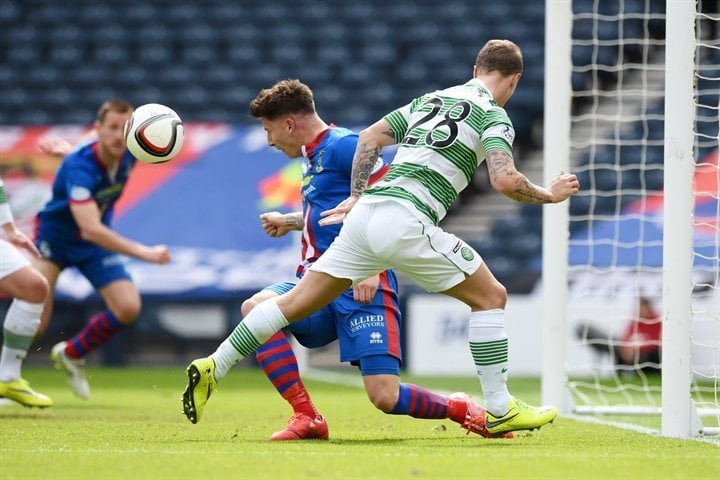 Inverness CT defender Josh Meekings is to contest the Scottish Cup final ban he has been offered by the SFA after it is alleged he deliberately prevented a goalscoring opportunity with his hand.

The Hoops went on to lose the match 3-2 after extra time but the incident has sparked huge controversy, with Celtic demanding an explanation from the SFA as to why the officials didn’t see it.

The compliance officer Tony McGlennan has issued Meekings a one-game ban but it has been rejected by the Highlanders. The disciplinary hearing will happen on Thursday.

Thanks for all the positive messages and support, can’t comment on anything but I am seeing them and appreciate it! ??

A club statement said: “Inverness Caledonian Thistle FC can confirm that it has declined the fixed one match suspension offer in relation to the Notice of Complaint issued to Josh Meekings following an alleged breach of Disciplinary Rule 200 at the ICTFC v Celtic game on Sunday, 19th March 2015.

“The club intends to vigorously defend our player and is taking legal advice on the issue.

“We are extremely disappointed that this has arisen and the player himself is mentally shattered at the turn of events.

“Josh is keen to appear in person at the disciplinary hearing and we will most strongly support him by all means available.”