Three wins for the miracle 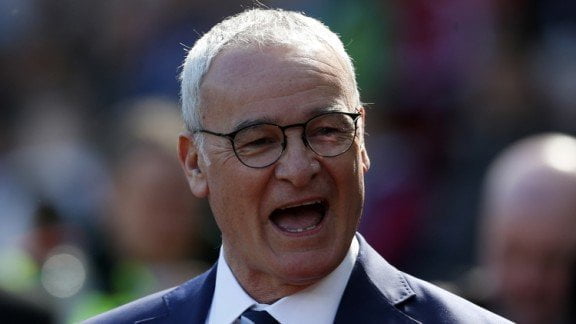 Boss Claudio Ranieri admits he is enjoying proving the bookies wrong as Leicester inch closer to the title.

The Foxes will move 10 points clear at the top of the Barclays Premier League if they beat West Ham on Sunday as second-placed Tottenham do not travel to Stoke until Monday.

They were 5000-1 to win the title at the start of the season and one of the favourites to be relegated after pulling off a great escape last term.

Ranieri was also tipped to be one of the first managers to lose their job this season after replacing Nigel Pearson last summer and the Italian remembers the doubters.

“We have to fight and smile because our job is done. We are safe,” he said, with the Foxes needing three wins from their last five games to win the league.

“This is a miracle. We are safe. Remember, in the first match Ranieri was first to be sacked and Leicester were first to be relegated. I remember it well.

“Life is not always sunshine. Sometimes there is bad weather and you have to stick together.”

They lost 2-1 to Manchester United in the FA Cup quarter final on Wednesday and Ranieri believes they can become a major force with their impending move to the Olympic Stadium.

“Already they have a fantastic team and they can pick up new players to improve again.”