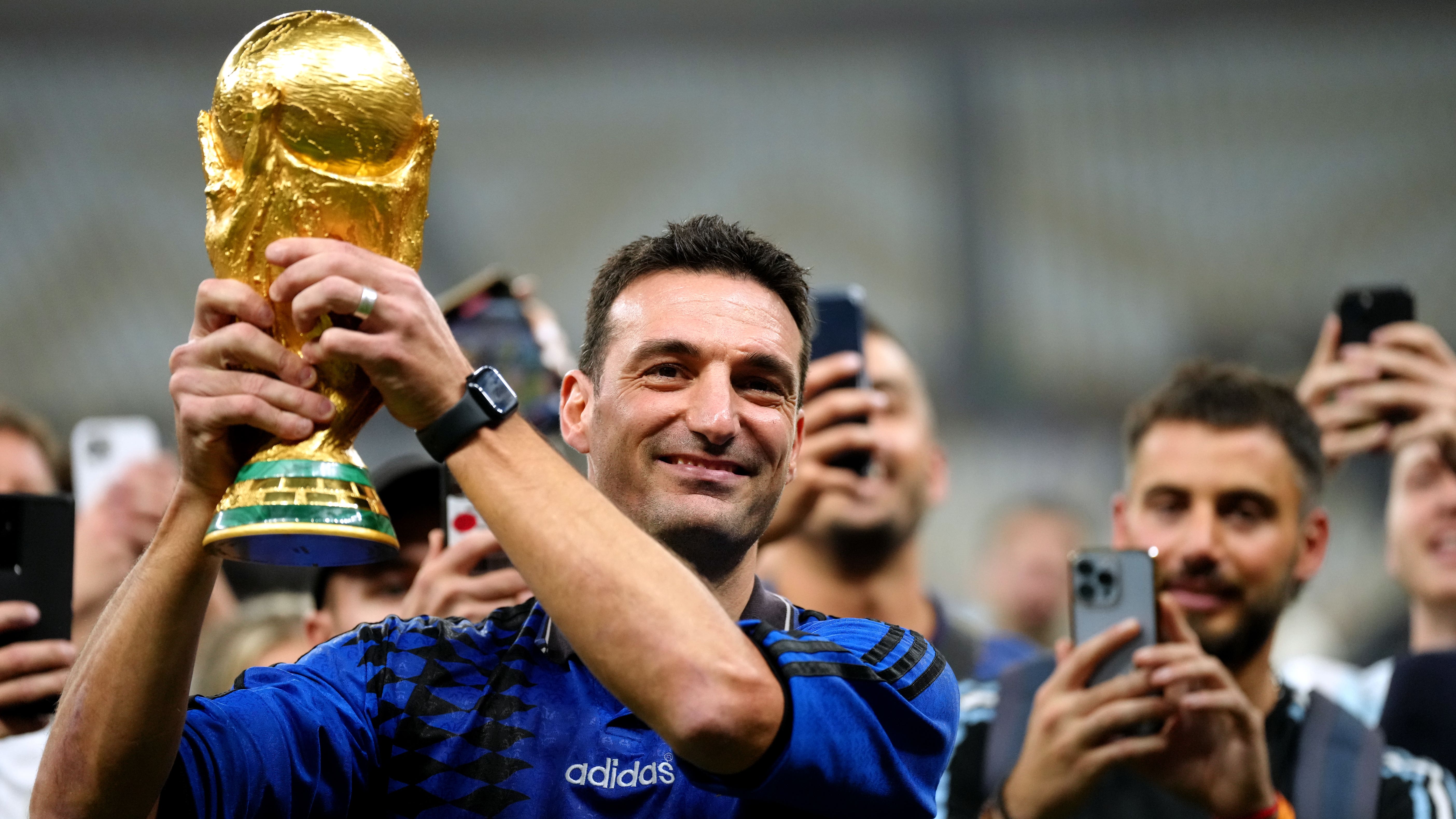 Head coach Lionel Scaloni promised to “save a spot” for Lionel Messi in Argentina’s 2026 World Cup squad after the captain finally got his hands on football’s most coveted trophy.

After triumphing on home soil in 1978 before the late Diego Maradona inspired the nation to victory in Mexico in 1986, the South Americans are celebrating their third world crown after the most dramatic of finals.

Messi’s early spot-kick was complemented by an Angel Di Maria goal, only for Kylian Mbappe’s quickfire brace to stun Argentina as holders France took the Qatar clash to extra time.

The Argentina captain put Scaloni’s side back ahead – but his Paris St Germain team-mate Mbappe made it 3-3 as the final went to a penalty shootout that ended in a 4-2 triumph for La Albiceleste.

“The match was completely insane,” head coach Scaloni, who was applauded into the press conference and thanked in multiple questions, said.

“For me, as a coach, I know that we had a good match. We could have won it in the first 90 minutes. However, it wasn’t possible, I wasn’t lucky enough.

“We had a great performance in this match and what about my feelings? Well, I have the best feelings ever.

“It wasn’t in my plans. I didn’t envisage to be World Cup winners but now we are and the most important thing is how we achieved this.”

The 35-year-old indicated in the build-up that Sunday would be his final appearance on the world stage, but Scaloni has not given up hope of him featuring in 2026.

“First of all, we need to save him a spot for the next World Cup 2026,” the Argentina head coach said of Messi, who will turn 39 during the finals in the United States, Canada and Mexico.

“It’s such a huge pleasure for us to coach him and his team-mates.