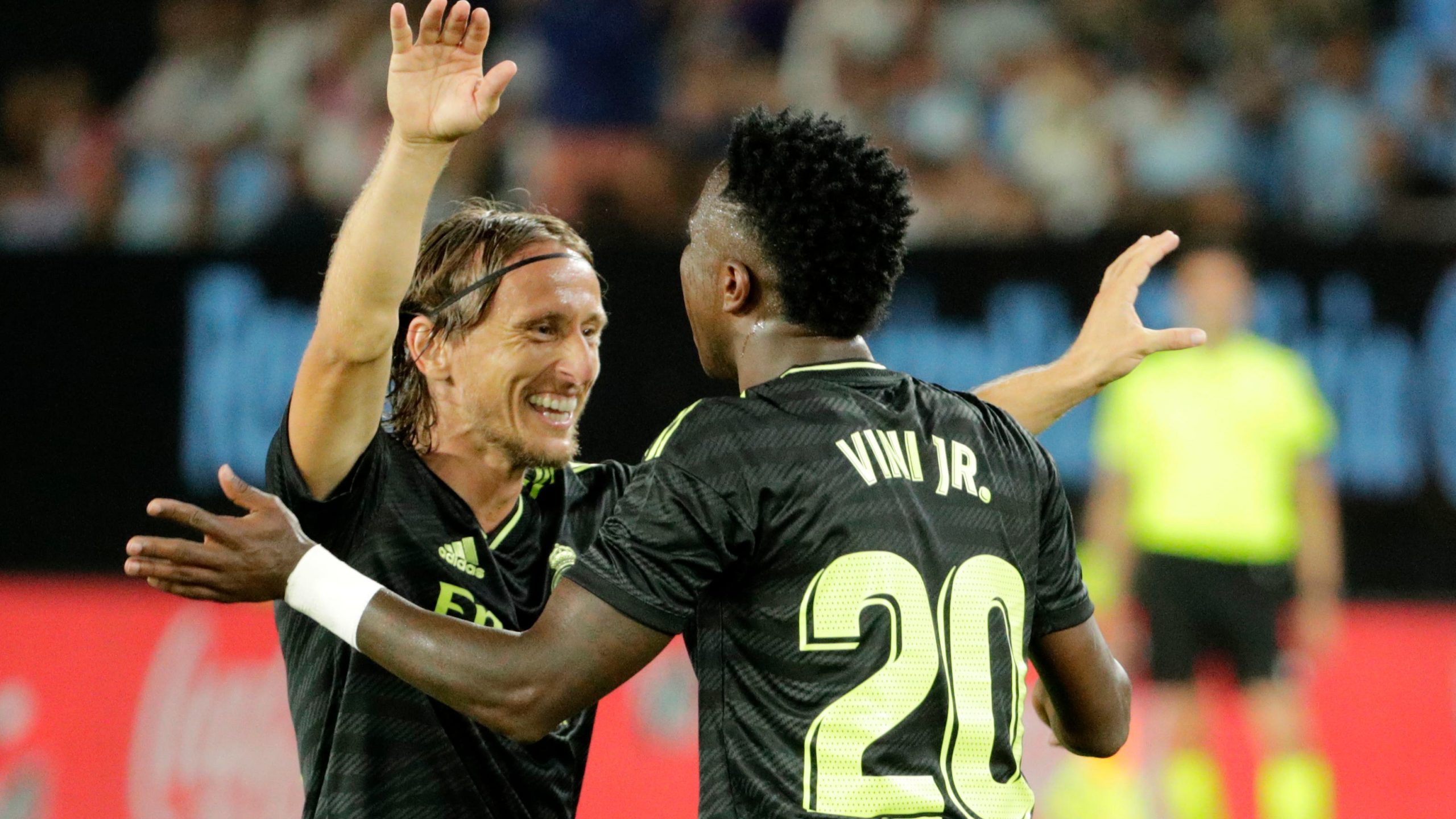 With Real having agreed to sell their long-time holding midfielder to Manchester United on Friday, Carlo Ancelotti lined up with summer signing Aurelien Tchouameni in the Brazilian’s place – but it was the veteran Luka Modric who continued to run things.

The Croatian scored Real’s second in the 41st minute, after Karim Benzema and Iago Aspas had traded penalties, and was the driving influence throughout.

Vinicius Junior and Federico Valverde scored after the break and the visitors could even afford for 83rd-minute substitute Eden Hazard to fail from the penalty spot four minutes after coming on.

Real Betis and Osasuna also made it two wins from two, each via a pair of penalties.

Borja Iglesias was the man on the spot as second-placed Betis won 2-1 at Mallorca, netting either side of Vedat Muriqi’s reply, while Ezequiel Avila and Kike Garcia earned Osasuna a 2-0 win over Cadiz.

Defending champions Inter Milan made it six points from two games with a comfortable 3-0 victory over Spezia to claim top spot in Serie A.

Lazio’s goalless draw at Torino meant the pair briefly occupied the top two places on four points in the fledging table but Inter’s win later in the day courtesy of goals from Lautaro Martinez, Hakan Calhanoglu and Joaquin Correa lifted them a couple of points clear.

In the Bundesliga Borussia Dortmund collapsed at home to Werder Bremen as they contrived to lose 3-2 having led 2-0 in the 89th minute.

Victory looked assured after goals from Julian Brandt and Raphael Guerreiro but former Derby youngster Lee Buchanan’s goal a minute before the end of regulation time appeared to spark panic among the hosts.

Niklas Schmidt then equalised before Scotland international Oliver Burke snatched a remarkable victory in the fifth minute of added time.

Union Berlin registered their best start to a season as a 2-1 win over RB Leipzig moved them into second place on the same points as leaders Borussia Munchengladbach, with Bayern Munich not playing until Sunday. Jordan Siebatcheu and Sheraldo Becker scored Union’s goals.

Lois Openda and Deiver Machado put them 2-0 up and though Benoit Badiashile pulled one back, Seko Fofana’s penalty and Wesley Said’s strike rounded off a comfortable win.

Marseille are alongside Lens on seven points after beating Nantes 2-1.