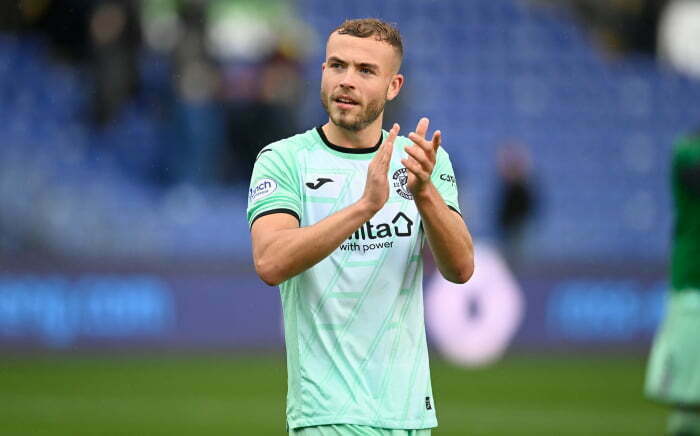 By Cheryl SmithOctober 3, 2022No Comments

Ryan Porteous knows how to ruffle feathers, but the boy’s attributes go deeper than knowing how to get a reaction.

The defender’s week couldn’t have got much better after making his senior international debut and following it up with a goal for Hibs in their weekend win.

Out of contract at the end of the season, Porteous will not be short of offers as he weights up his long-term ambitions.

But it may be better for him to work on his game out with Scottish shores given the baggage he carries within the game here.

There is work to be done for Porteous – his rashness in the tackle at times comes down to being caught out of position – but there is a player in there, as his stepping up to international level against Ukraine last week clearly showed.

Hibs have banked on his affinity with the club, but it is fair to suggest that come January he will have a few offers to ponder.