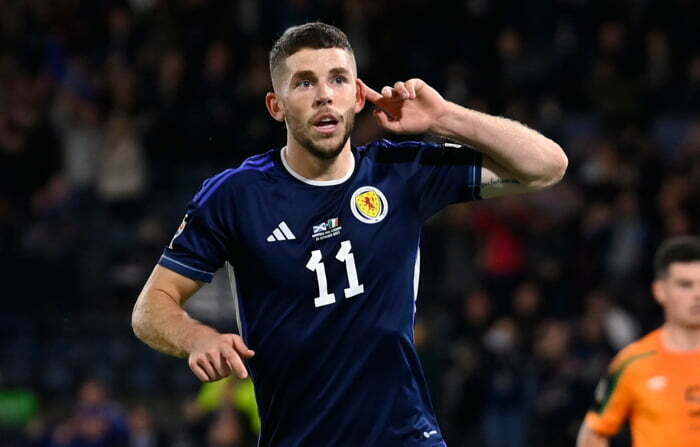 Do Scotland have the mettle to go to Krakow and get the point they need tomorrow night?

Given the injury personnel issues – and Scott McTominay is also suspended – it is a big ask for Scotland to avoid defeat against Ukraine in the Polish capital and get the point they need to top Group B1.

Still, what has become noticeable about Steve Clarke’s side is the momentum and belief they carry at the minute given recent results.

Saturday’s win over the Republic of Ireland might not have been the easiest game on the eyes but banking the three points gives Scotland a glorious opportunity to become the only Home Nation side to be in Group A.

And the win revealed a bit of character about a Scotland side who could have crumbled after losing the opening goal.

But, more importantly, securing a playoff spot for the 2024 European Championships would be an incredible yield for Clarke.

It feels like a red-letter night for Scotland tomorrow.

Coping with expectation has always been a little testing for the national side.

It will be an interesting barometer of just how much they have progressed in recent months.