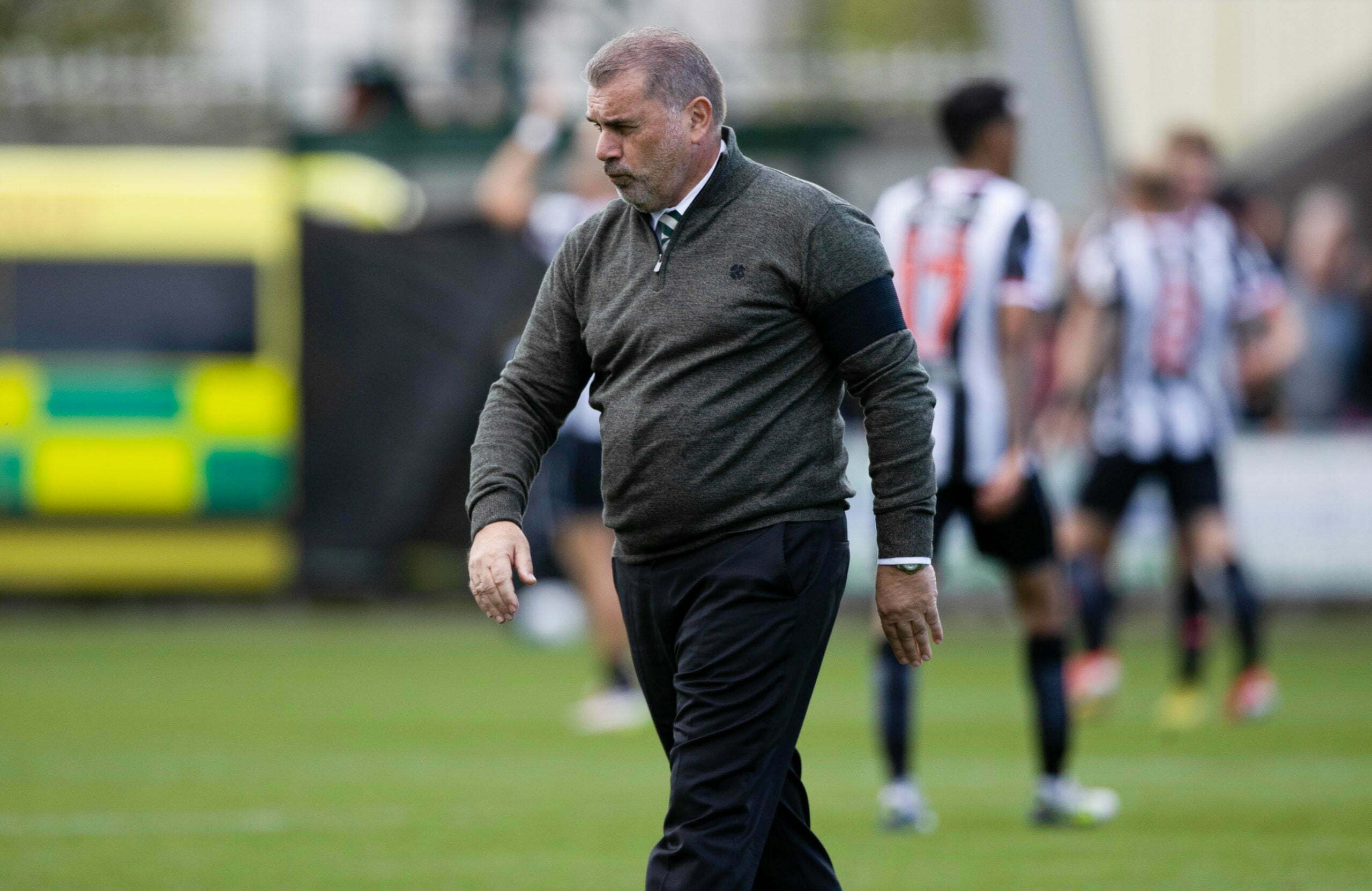 Perhaps what was most shocking about St Mirren’s win over Celtic in Paisley yesterday was not just the result but the performance from Ange Postecoglou’s side.

This was not a St Mirren side hanging onto the points with defenders throwing themselves in front of everything that moves and a goalkeeper repelling a steady stream of efforts. Rather, this was a Saints side who were well worth their three points with Celtic uncharacteristically limp, ponderous and ineffective.

It is not a charge that has been readied at Postecoglou’s side too often across the 364 days and 38 games between this defeat and their last league loss.

But what it did do was put some gas at a peep. Crowing about squad depth and chat about the title being over by Christmas all of a sudden looks a little premature.

The Greek Australian allowed a lingering “potentially” to hang in the air in his post-match assessment when he was quizzed about whether or not the six changes he made to his starting line-up were too much. In reality there was no ambiguity about the answer.

What will be interesting now, however, is not just how Celtic react to the defeat but what personnel changes will follow.

Oliver Abildgaard, the 6ft 4 in Norwegian who has been signed on a loan deal, might offer a physicality to the club’s backline that seemed conspicuous by its absence with Cameron Carter-Vickers side-lined.

With the international break kicking in, the expectation is that Abildgaard will be put through his paces as Postecoglou works on getting his fitness up to first-team level.