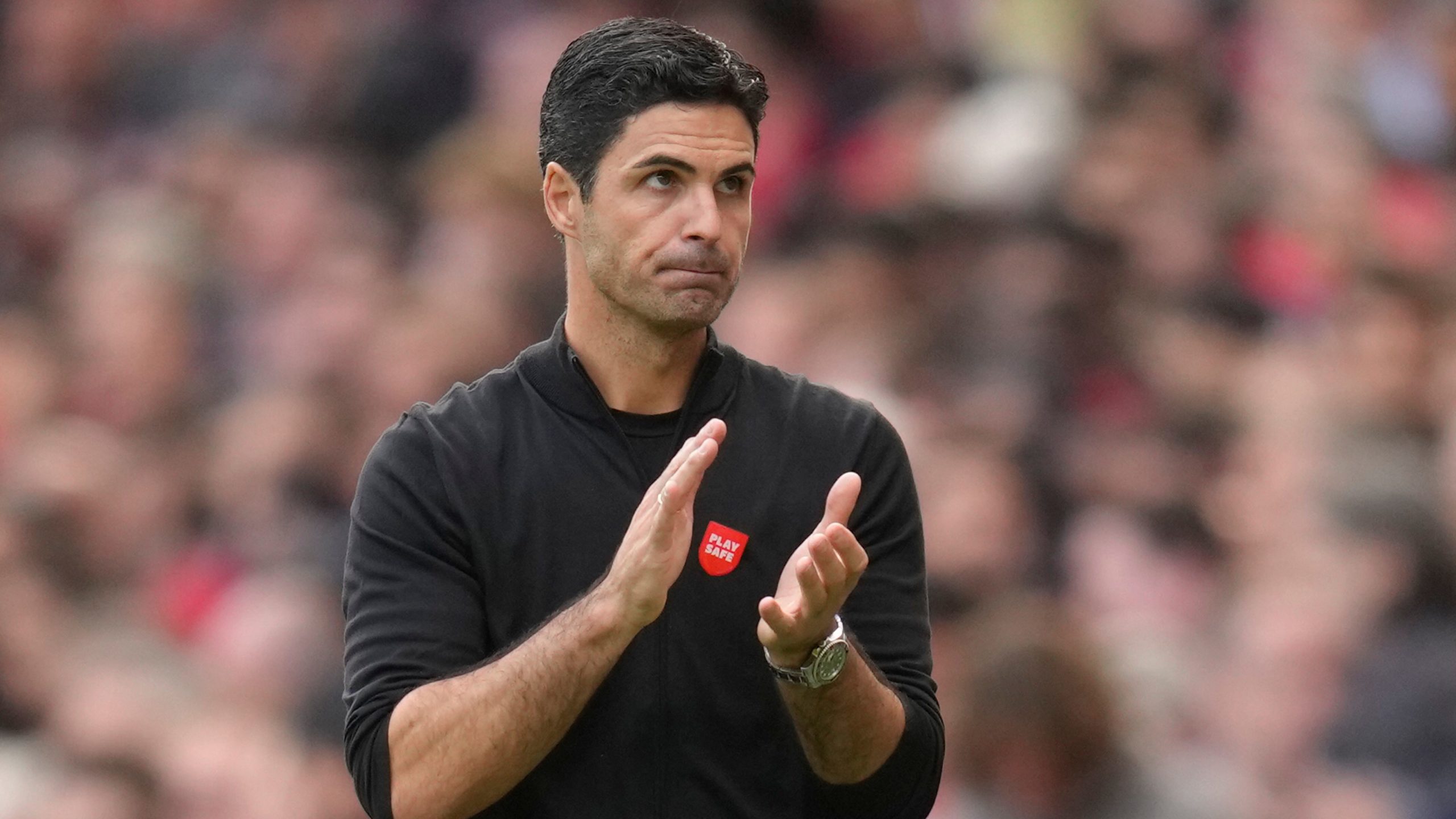 Arsenal manager Mikel Arteta said it was “not a coincidence” that it was his in-form side who ended Bodo/Glimt’s run of 14 consecutive home European wins.

The Gunners left the Arctic Circle with a hard-fought 1-0 Europa League victory as Bukayo Saka scored the only goal of the evening in fortuitous circumstances.

The win, Arsenal’s 11th in 12 games across all competitions this season, puts them on the brink of qualifying for the knockout stages.

Arteta made seven changes for the game in Norway but believes they took the threat of Bodo seriously, given their record which has seen the likes of Celtic and Dynamo Zagreb beaten and Jose Mourinho’s Roma thrashed 6-1 last year.

“I’m really happy with the win against a team that has won the last 14 games here at home,” he told BT Sport.

“It’s not a coincidence. We were expecting a really tough night here and we made a lot of changes again but I’m delighted to find a way to win. To do that under any circumstances is a real positive for me and the team.

“They are really fast and the turnovers and giving away of the ball that you don’t usually expect.

“The ball was leaping and it was out of your feet and you give it away and the game becomes so fast. I’m happy, but at the same time we have to improve a lot.

“There were moments where we had to suffer and we lost too many duels in the middle of the park but the way the boys are trying and their hunger to win is there and you can notice that.”

Saka was arguably the most surprising inclusion in a strong XI but it was the England winger who broke the deadlock.

It was one of the luckiest goals of his career, his initial effort hitting defender Marius Hoibraten, rebounding off Saka’s chest and into the back of the next.

Having also hit a brace in the 3-2 win over Liverpool on Sunday, Saka is starting to find form ahead of the World Cup.

The 21-year-old has shone under Arteta’s tutelage but the Spaniard still wants to see more.

“He can become much better,” added Arteta.

“He had moments in the game where he was really good and then moments he can improve and demand more of himself, especially defensively.

“There were moments where we allowed their left full-back to progress the play and break our press too easily. There a lot of things to improve.”

Bodo were guilty of wasting a number of fine chances of their own to take something out of the game, leaving coach Kjetil Knutsen happy with their display.

“The feeling is that I am incredibly proud of the football match we played,” he told Viaplay.

“There are many ways to play an even match against a top team, and I think we did it by being ourselves. We were a little unlucky today, but football is not always fair.”