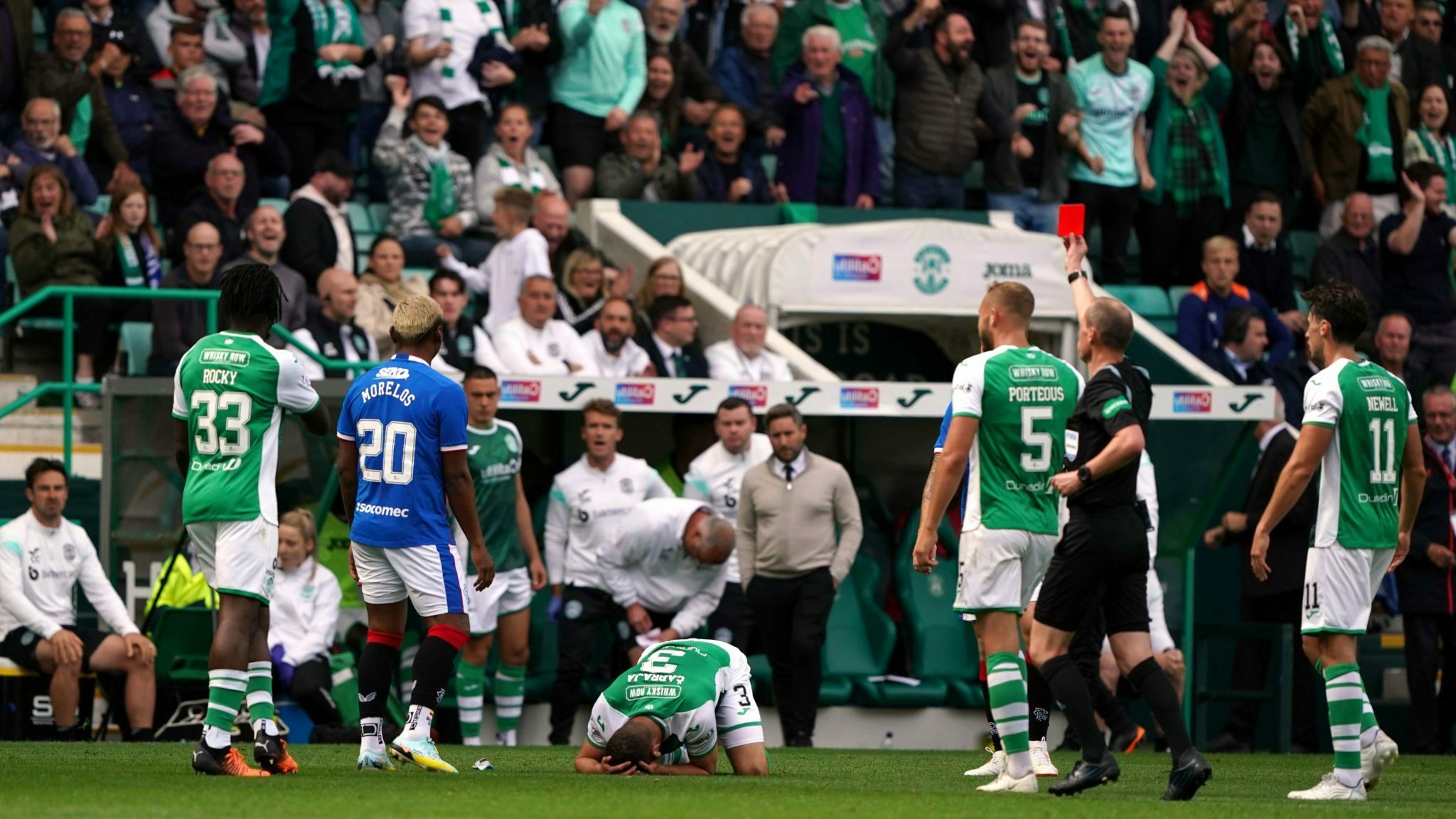 Alison McConnell: The redemption of Alfredo Morelos was grand while it lasted

The redemption of Alfredo Morelos was grand while it lasted.

The Rangers striker, clearly in need of games as he returns from a five-month absence, will now spend the next couple of weeks in the stand where he is of little practical use for Giovanni van Bronckhorst.

If the Ibrox side will fancy their chances of a successful appeal against John Lundstram’s dismissal at Easter Road on Saturday, there is simply no case for the defence of Morelos and his rush of blood to the head.

The striker cost Rangers the points against Hibs and it was interesting to hear the note of frustration from captain James Tavernier when he was asked about the incident in its immediate aftermath.

Morelos’ disciplinary record was a cause for concern in the early chapters of his Rangers career before screwing the head but it was impossible not see his petulance against Hibs as reminiscent of those times.

The difference is that van Bronckhorst has another option at his disposal now. Morelos is no longer indispensable.

Football fans are fickle and while Morelos remains one of the darlings of the Ibrox support, testing their patience with moments of stupidity will not be long in souring their affection.

With Antonio Colak making a decent start to life at Rangers and holding the starting shirt Morelos has a job on his hands re-establishing himself.