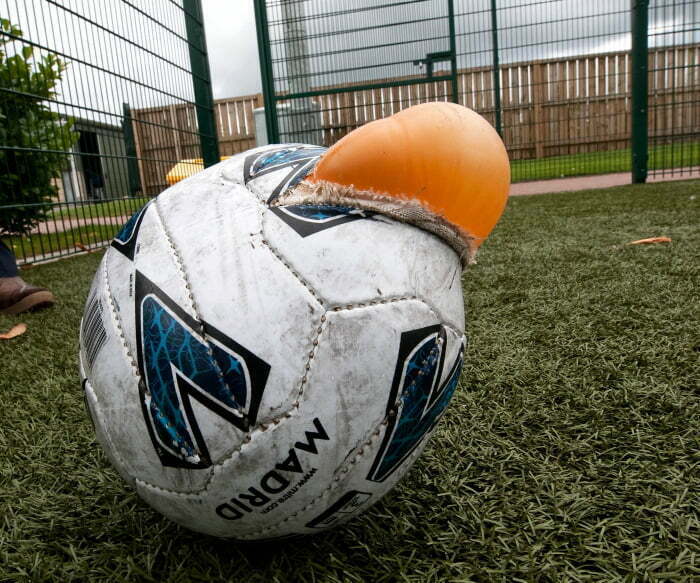 Peter Martin: Sky, a whole new ball game, but not in Scotland

It’s a whole new ball game and down south Sky Sports are pushing the boundaries of broadcasting the big match way beyond what many thought possible thirty years ago at the dawn of the new Premier League set up.

On Monday night at Old Trafford, the big guns were all in attendance to cover Manchester United v Liverpool, but the difference was, it was access all areas to allow the hype to be cranked up to eleven.

Within minutes of the broadcast beginning, Jurgen Klopp is alongside the team to enhance the pre-match build up with everyone able to pitch in with a question to the Liverpool manager.

Next up, Erik ten Hag joins the panel to give an insight into his team selection and the big call of dropping Ronaldo and captain, Harry McGuire.

The cameras are everywhere to cover new United signing Casemiro waving to the Old Trafford faithful and cuddling Roy Keane on the way back up the tunnel.

Even substitute Ronaldo had time to embrace his old teammates Keane and Neville trackside.

As each break ended, we were treated to a different view of the panel.

This time Gary Neville and Jamie Carragher are on the pitch with not a groundsman in sight telling them where to go.

Both teams are warming up while the two legends offer their expert analysis from the centre circle of what might unfold over ninety minutes.

The only departure from the pitch was in the tunnel, where reporters Geoff Shreeves and Emma Saunders delivered short interviews with players who were actually playing in the game, not some substitute or player injured and not involved.

This was coverage for the 21st century with all the gloss you would expect of a top flight game in one of the most exciting leagues in the world.

My God! Even rapper, Stormzy and four Manchester United lionesses dropped in for good measure.

Throw in the odd colourful montage and the obligatory aerial shot of Old Trafford and the only thing missing was a match to equal the build up.

The game didn’t disappoint, and the after-match analysis was the equal of the occasion.

Now compare that with what we have up here.

We are stuck in the dark ages with owners, Chairman, Chief executives all the way down to the PR people determined to put the blockers up to any promotion of our game.

No respect for sponsors, away fans limited, pundits banned, and journalists routinely excluded from pre and post-match press rooms.

Fanzine supporters now occupy the front rows to ask managers sycophantic questions and to intimidate any professional who doesn’t follow their narrative.

What we have up here is light years away from down south and the only way it will change is by emptying all the dinosaurs who drag our game down into the gutter allowing the lunatics to run the asylum.

We need a fresh approach to marketing, access and promotion of our game.

We should look to a separate independent body that makes decisions on how we move our game forward and how we sell it.

Their remit should be for the benefit of everyone in the top flight.

A more open approach to what Sky Sports does down south should be embraced up here.

However, don’t hold your breath on that happening anytime soon.