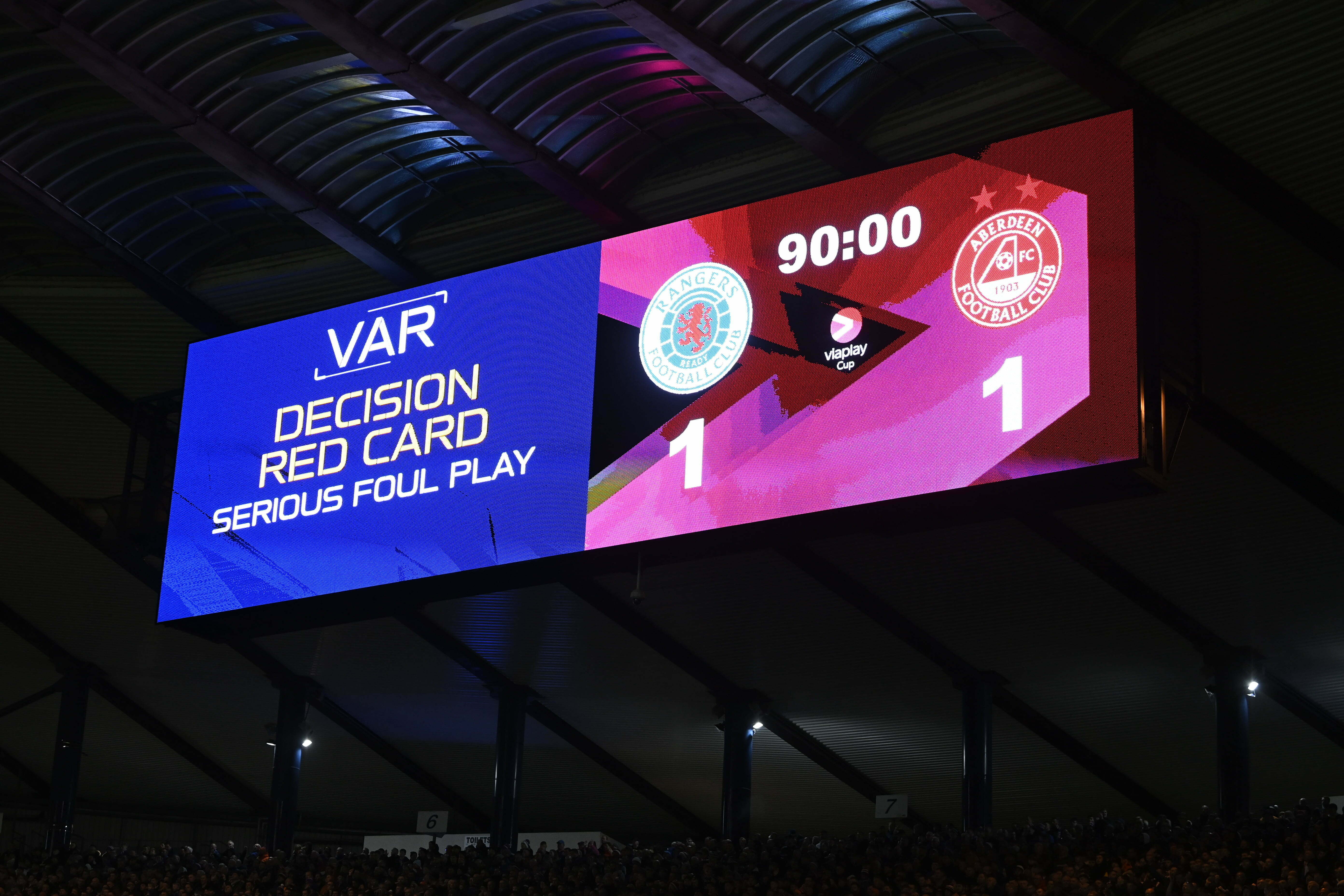 By Cheryl SmithJanuary 16, 2023No Comments

If the Hampden turf made the Viaplay semi-finals look like amateur hour, then the failure of VAR within the game added to further red faces around the national stadium.

The technology was back on again shortly after an announcement was made that it would be off for the remainder of the game with both announcements inevitably met with some glee by both sets of supporters.

Perhaps none more than Ryan Kent who might fancy that he got away with one after he looked to aim a punch when the cameras weren’t looking.

The torrential and incessant rain on Saturday was never going to help the cause of the national stadium but the surface was shocking even before the heavens opened at the weekend.

It was not kind to any of the four teams who had to negotiate the semi-finals but the Sunday game was particularly bad given that the surface had been heavily cut up less than 24 hours before.

For a national stadium the surface needs to be in significantly better shape.